The ALGAVALOR project is financed by the Portugal 2020 program and involves 21 copromoters among universities, investigation centers, and companies. The main goal of this project encompasses the integrated production of microalgae and the appreciation of their biomass and extracts for different applications, such as human nutrition (food), animal nutrition (feed), cosmetics, and biofertilizers. The ALGAVALOR project is divided into various work packages (WP) that together work to create new products containing microalgae cultivated via optimized and sustainable processes, with applications in the food, feed, and cosmetic sectors.
The recovery of agroindustrial co-products and its use as a nutritional source for the production of microalgae, which can later be used as biostimulants, following a logic of circular economy, is also one of the branches of investigation for this project. The WP more directed for microalgae biotechnology involves production optimization, as well as the development of new generation open reactors, with low operation costs and enhanced productivity In this manner, it is intended that ALGAVALOR has a large multisectoral impact, at a national and international level.

WP1 has as an objective the appreciation of microalgae biomass for usage in human nutrition. This WP is led by CIIMAR with the contribution of Allmicroalgae as the microalgae supplier. This biomass will be sent to the UAveiro and UMinho partners, which will produce the extracts using high pressure and ohmic heating processing technologies, respectively. UMinho will also work to improve the heterotrophic production of Chlorella vulgaris. All the produced extracts will be distributed among the partners for lipidome (UAveiro), biochemical (Allmicroalgae), microbiological (UCP), and bioactivity (CIIMAR, FCUP) analysis. Other entities will contribute to the innovation of food products, such as Ernesto Morgado, which will attempt to utilize microalgae in meat analog ingredients, as a supplement in rice, in “ready to eat” meals, and in other ingredients for vegetarian meals and snacks, while IPLeiria will be in charge of innovation in pastry and bread products. 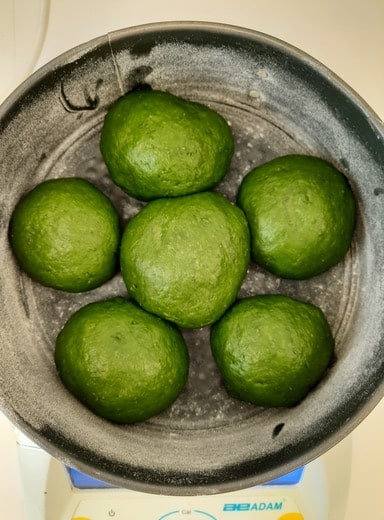 WP 2 focuses on the appreciation of microalgae biomass for usage in animal nutrition. This WP acts in the pig farming sector and explores the role of microalgae as an ingredient for pig growth/development. WP2 is led by ICBAS, which will perform in vitro digestibility assays and the characterization of feed products supplemented with microalgae. Allmicroalgae, in collaboration with UCP, will contribute to the production of microalgae rich in vitamin B12 and lactic acid bacteria, and sending the biomass to animal investigation units. Assays will be performed in the 3 different growth phases: post-weaning (ISA), growth (INIAV), and fattening (Valorgado and ICBAS). Lastly, the swine will be fed with different types of feed based on in vivo results, subsequently evaluating the microbiological, biochemistry, and nutritional aspects of the meat. 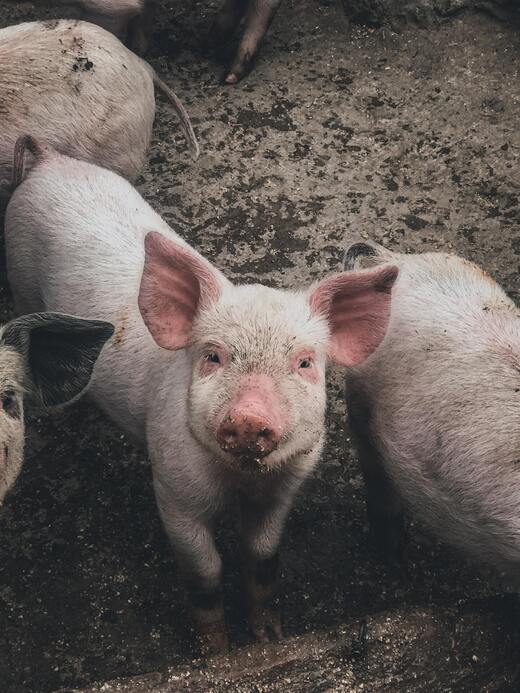 WP 3 is centered on transforming the microalgal biomass and extracts for applications in the natural and sustainable cosmetic sector. Strains of interest will be selected, namely, ones reported as having antioxidant properties, exfoliating capabilities, and weighting loss effects, and will be produced by Allmicroalgae (microalgae) and by CIIMAR (cyanobacteria). From the biomass, extracts will be produced at a large scale by UAveiro, while UMinho will perform in vitro and ex vitro bioactivity assays, and characterize them in accordance with their importance for the cosmetic sector. After the production of microalgae enriched with interesting compounds, three potential end-users will have the opportunity of using the products at a pre-comercial scale: Allmicroalgae will develop two beauty care products, Empresa Figueirense de Pescas will develop a body butter, and Castelbel will formulate microalgae-based soaps. 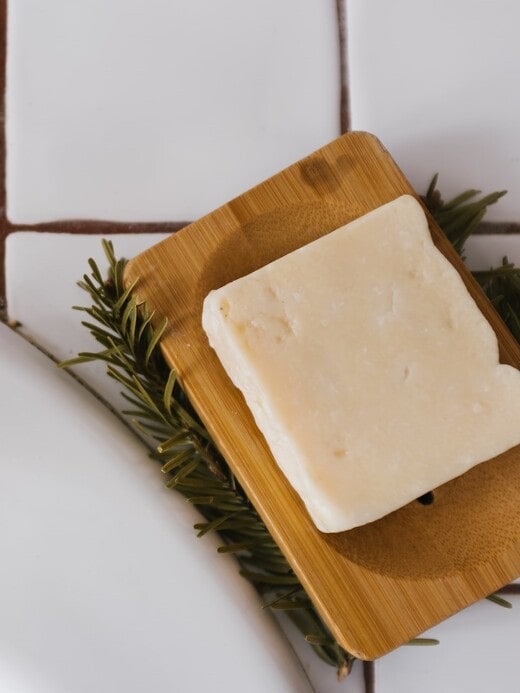 WP4 will have as the main goal the development of new technologies that will allow for higher energy efficiency and sustainability in the industrial-scale production of microalgae, reducing operating costs while maintaining the quality of produced biomass. The enhancement of the biomass productivity will also be an important target of this WP, which will allow the reduction of the global biomass costs. For that, a multidisciplinary partnership network was established, including four academic co-promotors – UMinho, FEUP, LNEG, and UAlg – and two industrial partners – Allmicroalgae and Necton.
Allmicroalgae will contribute to the increase of industrial-scale production by constructing two new generation pilot scale, and subsequently, industrial scale, raceway reactors. On the other hand, UMinho will be responsible for the conception and development of laboratory-scale photobioreactors and heterotrophic cultivation fermenters. In this task, the contribution of UP-FEUP will be crucial considering its knowledge and experience in axenic culturing of microalgae in bioreactors, metabolic characterization, and many other WP4 activities.
UAlg will have a fundamental role in the development of bioprospecting methods for new microalgae, as well as in the optimization of LED usage in the production of more concentrated cultures. IPLeiria will have as the main function the development of fast detection methods for contaminants in cultures, whereas LNEG will support activities regarding solar drying, contributing to WP4 with their experience in cultivation and harvesting of algae and the optimization of CO2 usage, as well as conducting the life cycle analysis associated to the project on a global view. 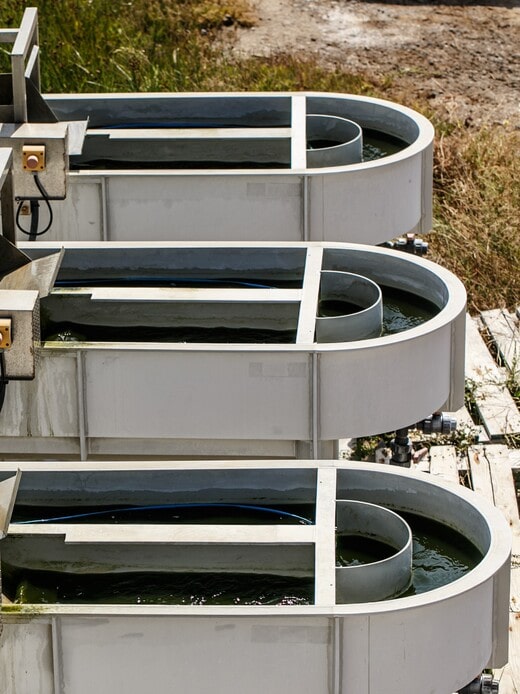 WP5 has as an objective the promotion of a circular economy through the creation of industrial synergies in which the residues of one industry are used as an input to another.
UAlg, in collaboration with LNEG, will have a fundamental role in the production of biofertilizers through the use of microalgae. For that purpose, these entities will select microalgae adapted to Valorgado effluents by scouring their ponds. On the other hand, Necton and Allmicroalgae will be in charge of scaling-up microalgae production in raceway reactors for subsequent processing into biofertilizers through composting and/or anaerobic digestion. The formulation of biofertilizers will be validated by the VAISA group (leafy greens and tomato production company), while CIIMAR and UCP will guarantee their phytochemical and microbiological safety.
Apart from biofertilizers, WP5 intends to formulate organic culturing media using eluates from the Lipor and Narciso Dias companies. In this task, UCP will analyze the eluates from each company, Allmicroalgae will be in charge of formulating the culturing media and their multiparametric optimization, and UAlg and LNEG will perform the toxicological assessment of those media. Subsequently, Allmicroalgae and Necton will validate the organic culturing media in marine and freshwater microalgae, obtaining certified organic microalgae biomass.

WP6 will have a fundamental role in the management and implementation of the project, as well as dissemination and appreciation of the results. Allmicroalgae will have the support of SPI to assure adequate financial and technical management so that the established marks can be met.
To promote the project and increase the international visibility of the copromotors, the present bilingual website was created, along with various promotional materials such as videos, posters, flyers, and/or newsletters, which will prompt the involvement of society and/or potential destination companies.
WP6 will also include events organization, participation in fairs, scientific and technical conferences, as well as article publication to broadly divulge the obtained results that are not encompassed by industrial property protection mechanisms.
For all the objectives to be accomplished, the participation and collaboration of all the involved copromoters will be crucial, assuring the success of the ALGAVALOR project. 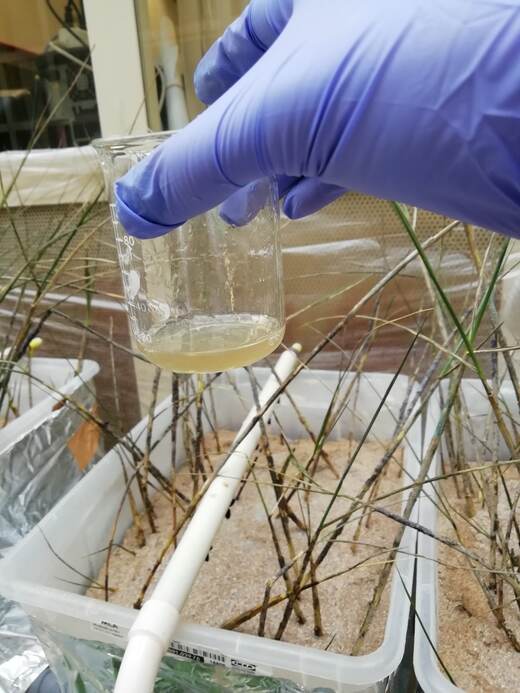