Last May, Inês Guerra showcased Allmicroalgae’s “Industrial Production of Microalgae as Food of the Future”, at Iran Algae 2022.

She shared her PhD progress on the “Production and formulation of an Arthrospira platensis protein-based meat analogue” and had the opportunity to discuss her results on organic media optimization for improved growth, protein and phycocyanin content.

On the other hand, we had Daniel Figueiredo from the Green CoLab / LNEG presenting his work on “Improving Microalgae Downstream Processing for Targeted Applications”, which falls under Algavalor’s SP4.

In the context of future food development, Inês showed Algavalor’s contribution to the field, particularly SP1. Microalgae habe been consumed as food for centuries and indeed they still are the food of the future! With Algavalor, we are keen on developing the biotechnology showed by Daniel, to make microalgae a commodity and incorporate them in our daily lives. 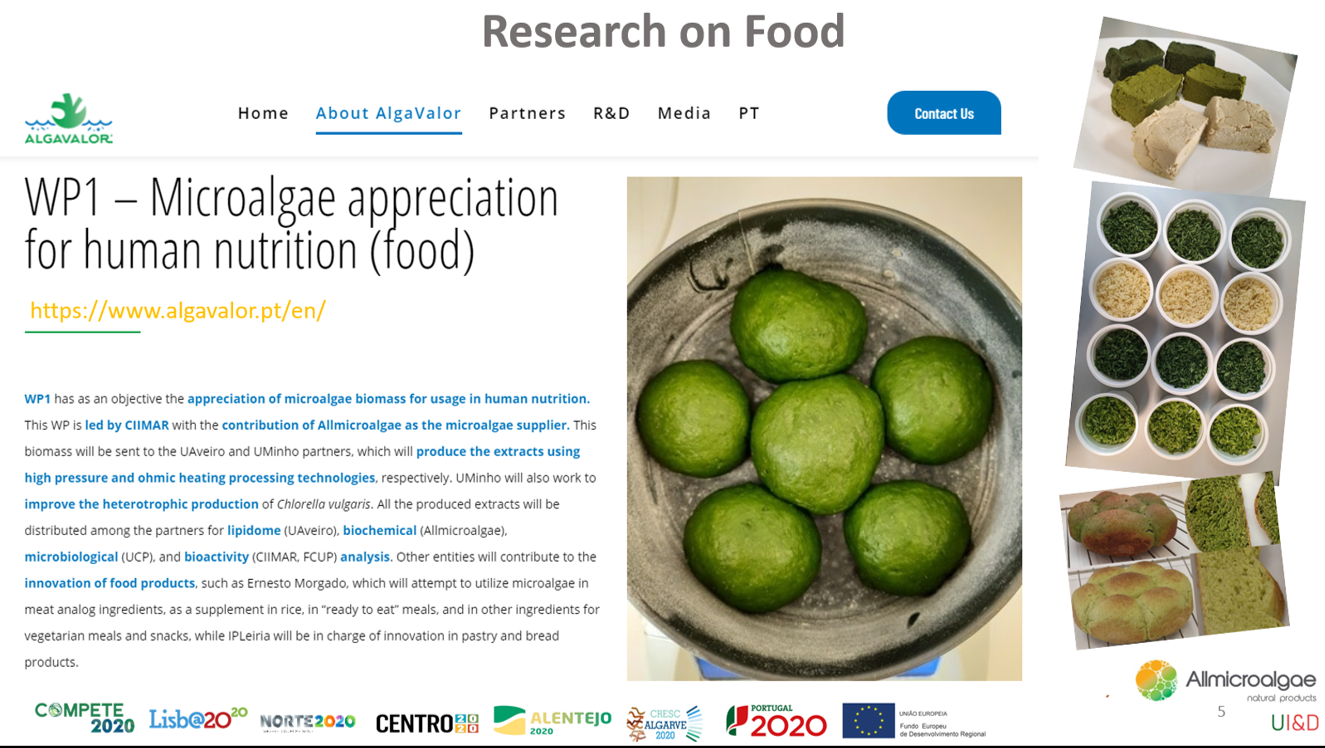 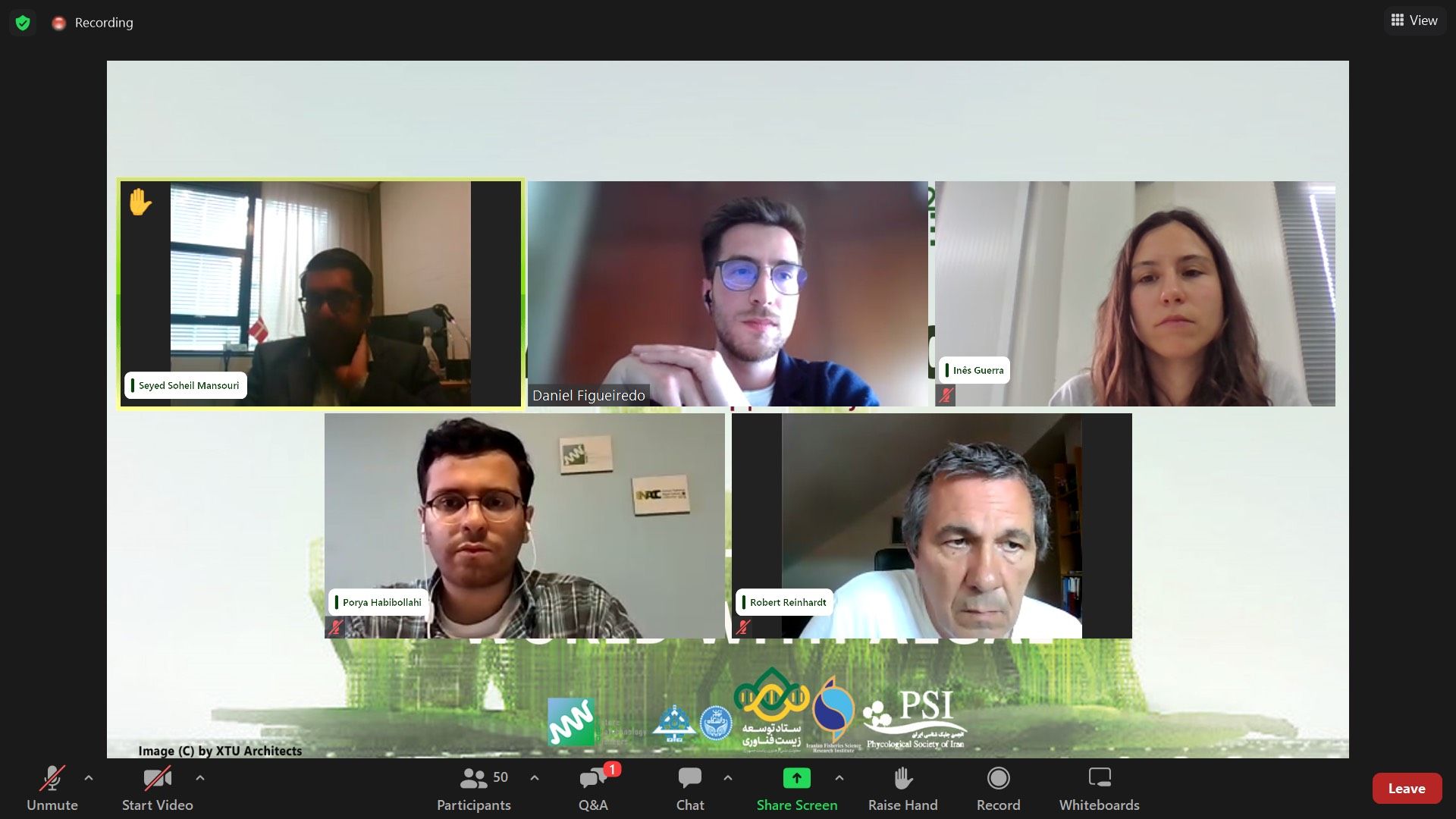 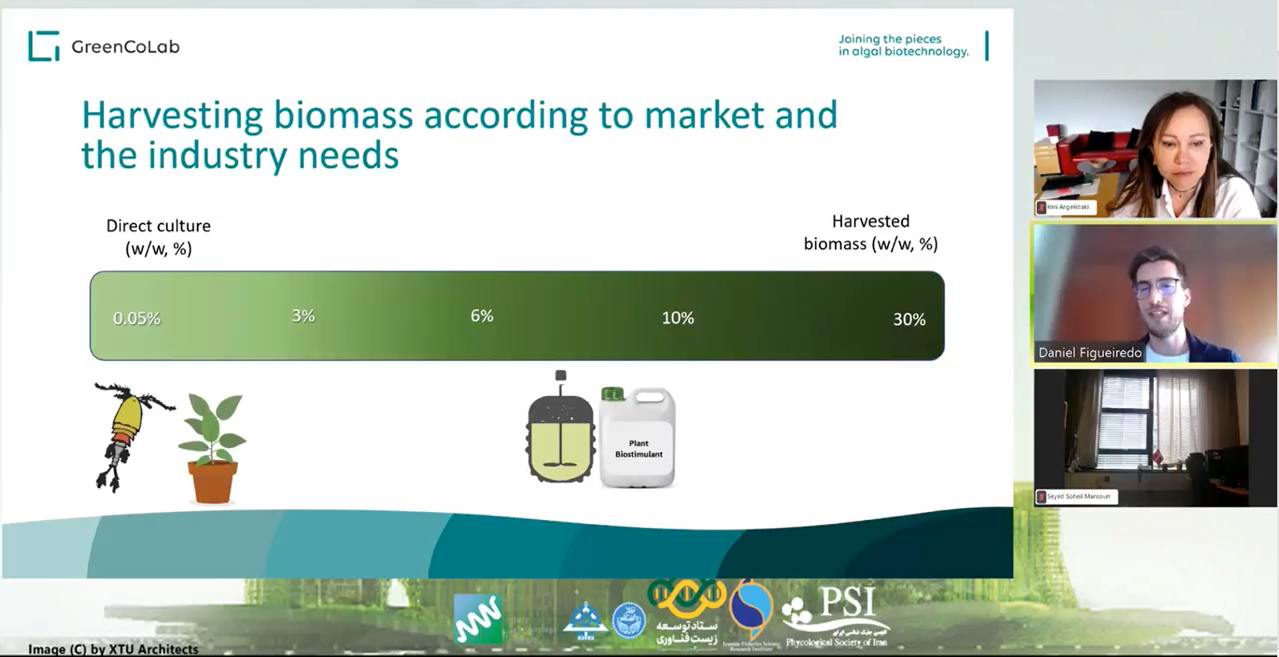 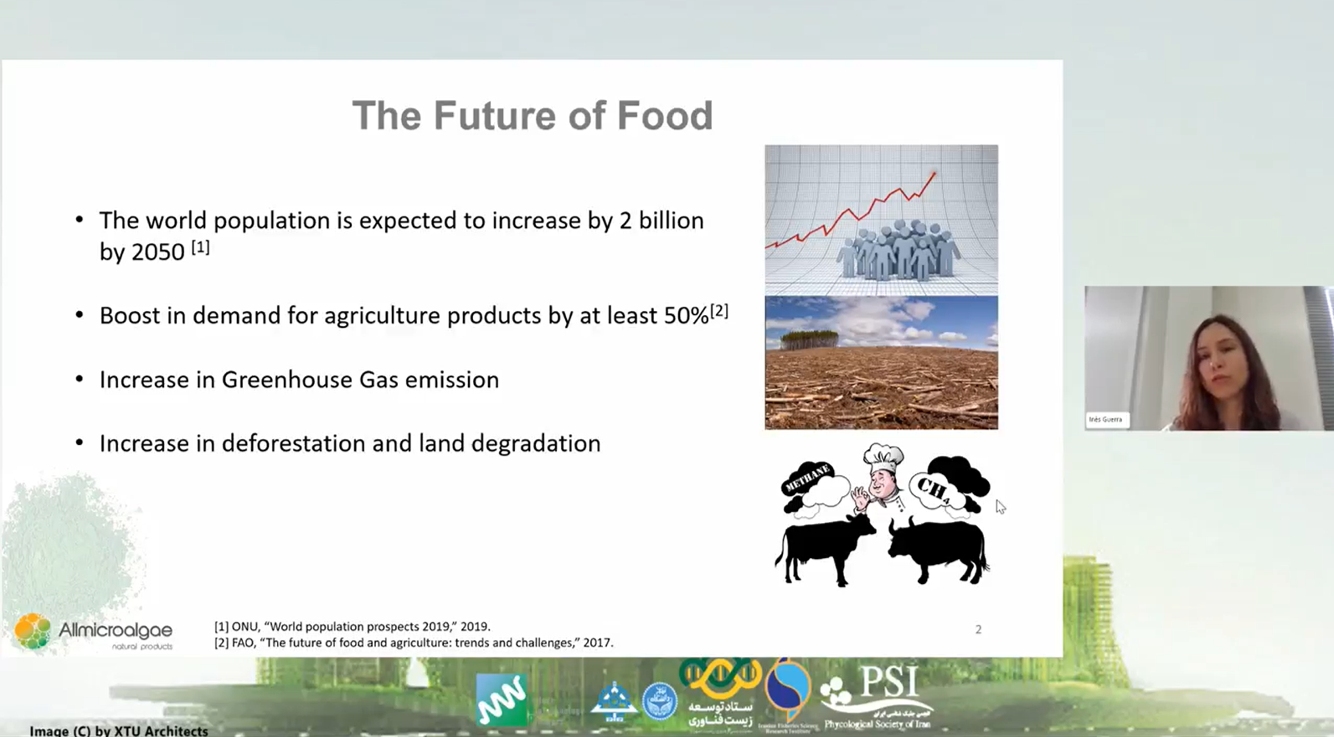